This post is for all those people have bought this cheap floppy emulator but in most cases didn’t reach the goal of make it working with its keyboard or instrument.
Mine is a Korg iS-40, late 90’s Arranger.
Actually i own a T3-EX too, and its floppy drive replacement is on my plans, but first i had to check out this unit.
After opening the keyboard, i replaced the old (but working) drive with  the new usb emulator, following the standard wiring.
Nothing worked, “drive not ready” error.
The documentation provided with the unit is very poor and incomplete. The software provided for managing multi floppies instances on pendrive is for Xp, so if you have 64bit Os, it’s better to prepare a VM with Xp.

Searching the web, i found almost all people with non-working units… so it was time to experiment, even risking to break everything.

the back of the unit: 34 pin floppy interface, power socket, some weirdy jumpers.

The unit has jumpers, some poorly explained, some totally unknown. Two are for sure the drive id.. mine arrived with drive0 (jumper 3)
,this one on picture above has the jumper 2 (drive1).

The floppy emulator for sure works as standard floppy, so if you put it on a pc, following the correct placement of 34 pin cable, it works.
On my IS40, the unit correctly connected caused the green led always lit, the same error if you mistake the correct position of flat cable on regular floppy drive, causing it to remain stuck…

Now comes the rules that made the unit useful on my Keyboard, but you can tryout on yours…:

1) Put the power socket correctly for your convenience, but 34pin Flat cable MUST be inserted UPSIDE DOWN instead, ignoring the guide on connector.

2) jumper must be on position 2 as on picture.

3) i added another jumper on last position … not sure if it’s really necessary, but after dozens of trials, it worked that way and will stay there ;). You can even try without this, meanwhile the keyboard is open.


Now the (not so) tricky part, but first you should know some tips:
Unit has an auto-format function, holding down both operation buttons while powering on the machine.
This procedure in the first step shows some codes, which are: the firmware version and the model number (mine is U01, stands for korg-roland model).
After showing these codes twice, always mantaining buttons pressed, the partitioning sequence starts. Now the buttons can be released, while unit creates quickly the partitions. In a 256mb key, it creates 163 virtual floppies, actually more than 100 declared. With a 3-digit display, I believe it should reach 1000 if there is enough room on key.
Keep in mind this operation, because you have to repeat it partially for a correct remounting of usb key. For this purpose, you will have to release buttons quickly after the first time the codes are shown. If you don’ t do this way, you will reformat the key ?

4) Every time you pop out the key from unit and manage it on pc, for correct re-mounting back on keyboard, the unit must be restarted while both buttons pressed and kept hold until the first code sequence is displayed.

Yes, i know… you must power-off/on the keyboard each time you decide to add stuff to pendrive from pc…or simply pop out key and re-inserting it… seems absurd… but…
Maybe the emulator could be modded with a separate power switch, messing with floppy power cable inside…but honestly i don’t know what the keyboard thinks about if a component loses  power, even if temporary…. anyway believe me, once you have stuff on key, there’s no need to jump continuously between pc and keyboard  ?
After this success, the next goal is replacing the T3’s drive with the same unit.. there’s only a clue: that drive is older, and it’s surely a modified hardware, i never succeeded replacing it with standard floppy drives.. i don’t really know how much this floppy emulator is compatible and self adapting to different standards. Maybe the trick of reversing flat is the answer for the T3 too.. 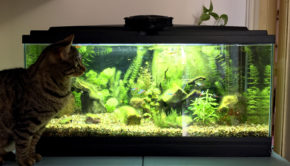 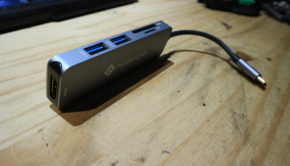 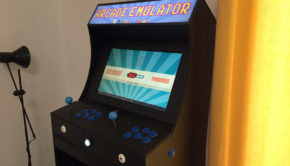 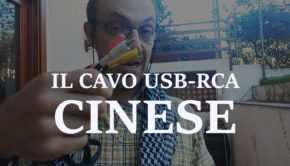